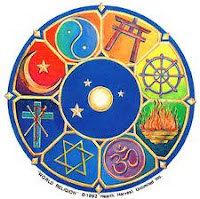 Atheists – Replacement of religion with arrogance

Agnostic – Replacement of religion with nervousness

Hinduism – The religion of the lactose intolerant

Buddhism – The religion of jobless hippies and failing movie stars

Juche - is the only government-authorized ideology in North Korea, like Irish Catholicism only more honest.

Israeli Judaism – Hitler’s vision come through; one state suppressing all other peoples.

Baha’I – Society of wannbe Jews and hippies who aren’t sure what year it is or where they are at the moment but there’s sandwiches so let’s go with it!

Shinto – The Catholicism of the East

Wicca – The religion for those who don’t like to was too often and make things up (flying spaghetti monster anyone!)

Rastafarianism – The worship of Bob Marley

Church of Scientology – The one true Religion (if you brain has been removed with an ice-cream scoop and replaced with the ice-cream)
Posted by Profile at 5:43 AM 1 comment:

Frank was a smug bastard, a very smug bastard. He’d recently closed a deal in the City which had made him a rich bastard, well to be fair a richer bastard than he already was. He smugly and bastardly looked around the interior of his new Ferrari, it was the latest model with all the latest equipment, designed deliberately for smug rich bastards like Frank.
He pressed a button at random and allowed a smug bastardly grin across his face as a heads-up night vision display appeared in front of him which made him think he was in a fighter jet. He was the kind of bastard who wanted to be in a fighter jet, but because he was a fat bastard he never would be and this feature of his new car (like all the features of his new car) was designed for him to compensate. Frank overtook his way down the M1, making sure he never dipped below the speed limit and being careful to look over into the cockpits of those drivers of particularly nice cars. BMW, Mercedes and Porsches were left in his smug bastard wake, he wasn’t worried about police, after all he was in the same Masonic Lodge as the Chief Inspector of the Met., who was also a complete bastard.

Frank wasn’t the kind of bastard who checked his mirrors so the Ferrari company had built an inferred motion detector into a screen on his sat-nav, it gave a pleasant ‘blip’. Some bastard was trying to come up his arse, boy was he in for a surprise. Frank knew that under his arse was the most powerful fastest accelerating car money and influence could buy, only real bastards would ever own one. The sat-nav gave another slightly more urgent blip. Frank glanced across to his wing mirror. What was that?
At first he thought the headlights of this car were being flicked at him, what kind of bastard would flick his headlights at a Ferrari. As the car closed Frank realised that there were flames spurting out of the sides, he couldn’t quite make out what type of car it was but it was closing on his 100mph very quickly. Frank pressed his right foot and the Ferrari engine sang out like a fat opera tenor, 100mph quickly became 150mph, but still the flame car closed. Frank touched a button on the centre consol marked ‘race’. The needle edged its way toward 200mph and Frank was pinned back in his seat, but still the mystery car closed, now right behind him, it’s round bonnet seemed somehow familiar. Frank was the kind of bastard who hated losing and he was more than willing to let others die in a massive accident in order not be overtaken. He pressed the boost button and let his foot sink hard to the floor. Maximum speed was achieved and passed, 225mph.

Alongside pulled a battered Morris Minor, the tyres of the car had many miles ago given up and now reduced to flaming and sparking spinning hubs. At the wheel of the Morris Minor was a man in a floppy brimmed hat who looked across at Frank’s contorted confused faced as he passed by and smiled the kind of smile a bastard does when he overtakes you on the motorway for no reason.
Posted by Profile at 2:43 AM No comments: