“What is it?” Vortigern asked of the God.
Abellio had a smirk on his face and took some time to answer, “In some places it is a death sentence, in others it brings forth new life,” he said, “in most it is nothing, a half caught illusion that would have faded by now leaving this boy bewildered.”
“As with all Gods,” said Vortigern, “you have a way of answering that answers nothing.”
Abellio allowed himself a little laugh. A billion calculations had gone through his Godly mind, like a chess computer setting a trap for a grand master.  Finally he replied.
“It is, here, a gateway between two worlds, impossible in one and yet perfectly conceivable in another.  Do you believe in magic my King?”
“Yes,” stated Vortigern.
“Do you believe in the Gods also?” Abellio pressed.
“Yes, one is here with me,” stated Vortigern.
“Here is a world without Gods or magic,” said the God, “What is real for us exists only in the dreams of their children, and that will be our weapon.”
“You mean for us to pass through this magic door?” asked the Warlord.
Abellio was grinning now, a thousand pints of apple cider rushing through his timeless veins.
“My dear Vortigern, how would you like an empire greater than Rome?’

http://www.amazon.com/Cosmogonic-Marbles-Botolf-Chronicles-ebook/dp/B00E2SB1P4
Posted by Profile at 12:31 AM No comments:

The Postmasters’ office was down a long empty corridor, lined on either side by small windowless rooms filled with undelivered and undeliverable mail.  The floor was mirror shiny and reflected his shoe-falls as he slowly marched toward the plain grey office door at the bottom.  The click of each footstep echoed in his ears like a freeform jazz drummer following him with a personal soundtrack.
What could the Postmaster want with me, he thought, I’ve never been late, I’ve never failed to deliver and there isn’t a dog I can’t outfox.  Perhaps he wants to promote me, or move me at the very least, a new round, a new life …. away from Him in Number 27.  He reached the door of the Postmasters’ office, it was yet another grey windowless affair.  He put his hand on the handle then quickly changed his mind and raised the back of his knuckles to the door frame to knock, but before he could strike the wood a voice called out from inside, “Come in.”

The Postman stood nervously shifting his weight from one foot to the other. For him the Postmaster was a daunting figure, a Pope-like high office in the Queen’s Royal Postal Service, he felt he should bow or genuflect in the presence of such a man.
The Postmasters’ little plump body was jammed into a swivel chair, his undersized arms and legs appeared to be glued onto his body as an afterthought and his oval pumpkin-like head was filled with a wide face that only a mother could love and even then she probably only tolerated it.  In his pasty white hands he held a slip of pink paper.
‘Pink paper’, thought the Postman, ‘that can only mean one thing; special delivery’.
“Something has arisen,” said the Postmaster through his adenoids, “a special delivery on your route.”
“Yes sir,” said the Postman.
“Normally of course we have men assigned to such deliveries, men trained to handle such delicate customers’ needs, years of experience and a van licence,” continued the Postmaster.
“Yes sir.”
“But, there has been a complication.”
“And what is that sir?” asked the Postman, his feet now in a fast bulwark rhythm.
“They, that is these men who deal with such special deliveries, have all called in sick,” said the Postmaster examining the pink slip of paper as he did.
“I see sir.”
“All of them, on the same day, in every post office in London and for forty miles around.  Do you think that a little strange?” he asked.
“I’m sure I wouldn’t know sir.  Not my job sir,” stated the Postman.
“Not your job, I hope you’re not one of these ‘trade unionists’.”  The Postmaster drew the words ‘trade unionists’ out of his throat like he was about to spit out a live badger.
“Noooooo sir!”
“Good.  I would hate for any black marks to appear on your permanent record.”
“So would I sir.”
“I have high hopes for you someday; a man like you could become a Team Leader in charge of outgoing franked mailing services.”
The Postman gulped, what a promotion that would be, franked mail, a dream job.
“But” continued the Postmaster, “there is the matter of this special delivery.”
“I’m sure it’s nothing I can’t handle, sir.” The Postman’s chest swelled, “It’s Personal,” he stated to the world in general.
“Yes,” said the Postmaster hesitating, “Not much of a motto for Her Majesty’s Mail but it’s ours.”
The Postmaster held out the pink slip of paper in his spindly T-rex-like arms, “Take this to its destination, it’s to be a non-returnable.”

Non-returnables were the rarest and primary challenge of a postman’s career, the Postman felt he was walking on air, at last after years of dealing with dogs, misaddressed parcels and … Him, a chance to prove himself.
He leaned over the desk and plucked the pink slip from the Postmaster’s greasy little hand, “You can count on me sir. This is the opportunity that I’ve been waiting for.”
“Good man,” squeaked the Postmaster.
‘Good man, he said good man to me’, thought the Postman, ‘at last my dedication to duty is paying off’.
There was an awkward moment when the two men said nothing. The Postman noticed that his feet had stopped hopping from one to the other, but the moment he thought about this they returned to their nervous dance.
“Best of luck,” said the Postmaster finally.
“Yes sir,” the Postman turned and opened the office door, just as he did the Postmaster added a last few words.
“Oh … and …err … don’t get eaten.”

Posted by Profile at 1:01 AM No comments:

Denis’ torturer was not so calm.  He had a reputation to protect, and it was a bad one.  In terms of torturers the worse your reputation the better your pay.  He stood alone in an antechamber next to the torture cell.  On the table before him lay the tools of his trade: a miniature Scavenger’s Daughter for compressing the genitals, the Diabhal’s hat thumbs and toe screws and The Pear of Anguish.
The Torturer was quite proud of ‘The Pear’, he had previously sodomised his victims personally but that had given him slightly conflicted feelings; he knew he had to stop when during one session he found himself kissing a rather confused Danish spy.  The Pear did the job nicely and its protractible spikes never failed to get a good scream.
Posted by Profile at 11:38 AM No comments: 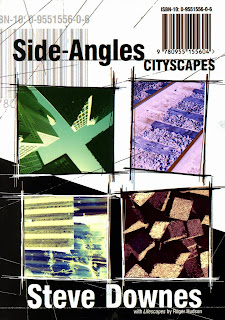 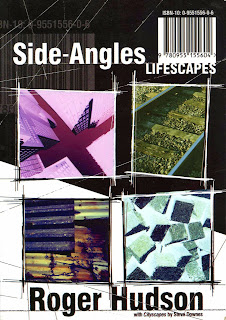 Posted by Profile at 7:28 AM No comments:

Posted by Profile at 2:59 AM No comments: