Yours, from the garden shed

FREE NOVEL Cosmogonic Marbles will be free this weekend 21st – 23rd Feb. Comedy-fantasy adventure, look out for the sequel this summer

https://www.facebook.com/CosmogonicMarbles
Posted by Profile at 1:55 PM No comments:

Posted by Profile at 3:47 AM No comments:

http://figment.com/books/733559-WarWorld-Shadows-Dominions-
Posted by Profile at 7:18 AM No comments:

With special guests, including yours truly, I will be reading from Cosmogonic Marbles and sneak preview of this summer’s release Cosmogonic Tomes

All welcome to come along

Posted by Profile at 5:24 AM No comments:

Excerpt from Shadows and Dominions

Alvar picked up a small stone and threw it at the feet of his prisoner, Fabian broke from his stare.  Alvar pointed down the slope of the ridge where they both stood.  Fabian took a few steps and looked over the edge.  The natural trench was filled with the dead bodies of human soldiers.  There were Quat corpses there too, mutilated, torn beyond any conceivable recognition.  As the two boys descended into the plain beyond the ridge they passed close to the trench.
“That was my first post, those men are the unit I was sent to join.”
Fabian had aced the autopsy and blood/gore tests in the Academy, he felt no distaste, even so his mind was racing.
“What happened to them?” he asked.
“Quat attack,” said Alvar bluntly, “They came over during the night, we’d withdrawn after a heavy bombardment,” Alvar paused and then added sarcastically, “we turned our backs on them and ran for cover, do you think you could have shot all of us!”

Fabian didn’t make an answer.  His eyes were fixed on a small crater at the northern edge of the trench were a water tank had ruptured and filled a bomb-hole in, there was the corpse of a private, his body sunk a few inches below the shallow brown water.  His face, almost prefect in preservation, had been skinned from his skull by an explosion and floated free of his head on the surface of the pool.
“Come on,” ordered Alvar, “we’ll be in HQ in a few minutes with a quick march.” 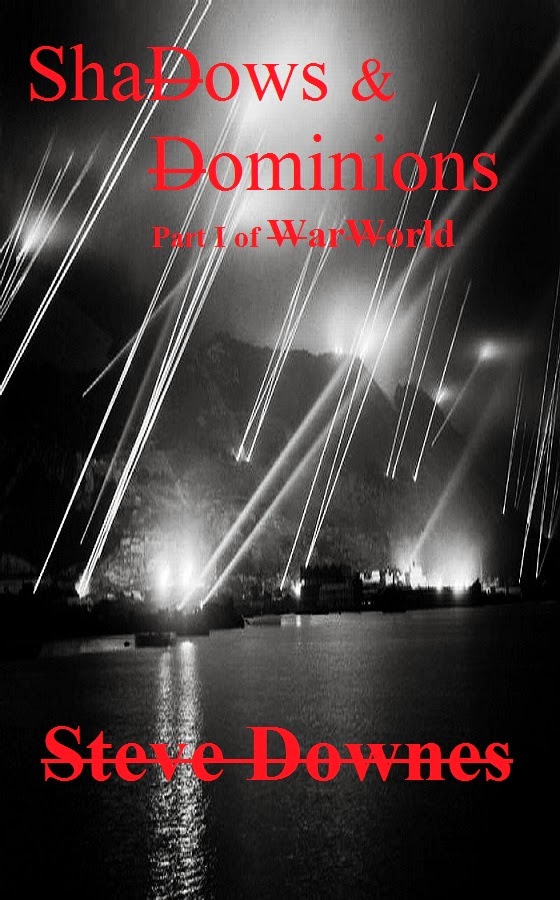